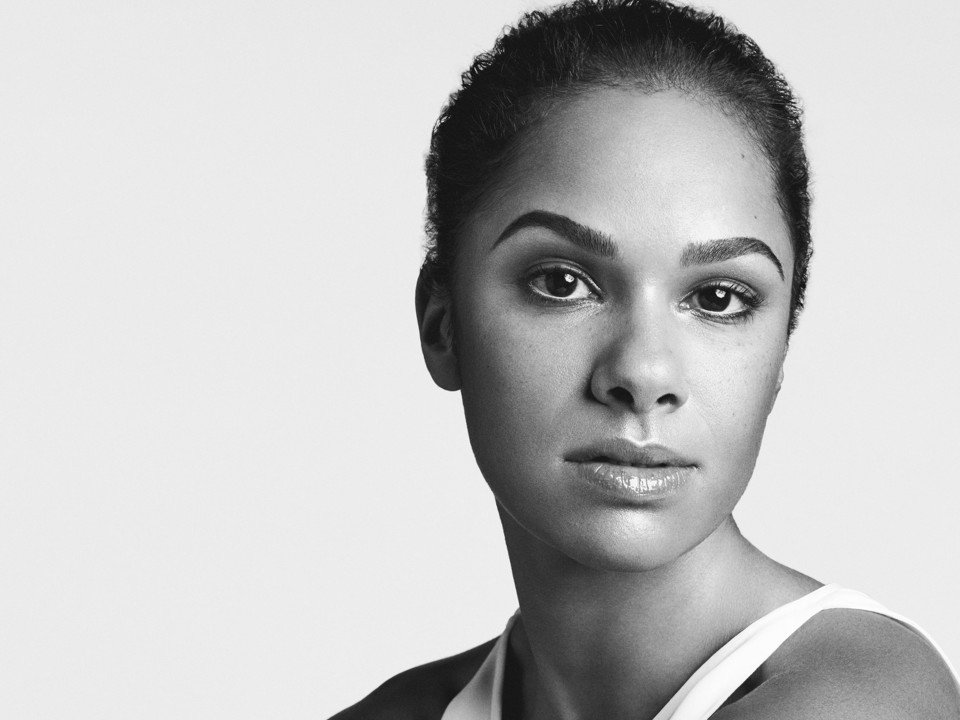 For the record, I think Misty Copeland is amazing. We all do. She has a bangin’ bod, flawless technique and artistry, and she’s humble, a characteristic that can be easily lost in prima circles. Copeland was promoted to principal dancer at American Ballet Theatre last summer and the U.S. is going bat-crazy over it – because she’s black. To date, Copeland is the first black principal dancer ever in the company’s history. Considering the lily-white reputation of ballet in America, perpetuated by Balanchine and countless other artistic directors, this recent development is a huge triumph for her. Good for Copeland for being able to add such a historical bullet point to her résumé. She worked very hard to achieve such prestigious status and she should be extremely proud of herself. And kudos to her immediate team of supporters. For American ballet, on the other hand, it’s a complete and utter embarrassment.

I had the opportunity to see Copeland perform live when Merrill Ashley staged Ballo Della Regina in 2007 for American Ballet Theatre. My first thought as I watched her piqué across the stage? The girl’s got boobs! My second thought? Awesome! No, my first impressions had nothing to do with the color of her skin (which, by the way, is lovely). I was too preoccupied with the fact that a stunning, ample-chested dancer was rocking the stage at City Center. The fact that she was black was a footnote, brought only to my attention by the fact that everyone surrounding her was a lighter shade. Unlike many of my peers and fellow audience members, the culture I was raised in didn’t teach me to focus on a variable as trivial as skin tone.

Though I was born in the States, my family is Dutch, hailing everywhere from Aruba and Suriname, to Holland, Portugal, and Germany. Unlike American audiences and companies, Europe doesn’t play the pigeonhole game – color is irrelevant and performing artists are given equal opportunity. It’s expected that civilians (and subsequently dancers) are a mix of heritage and physical characteristics. In these areas, you’re not the token “black dancer”, your parents were actually French Algerian. You’re not just another “white girl”, you’re Dutch or Polish. Regardless, you dance side by side in the same company and no one bats an eyelash. The blend is beautiful, commonplace, and definitely not newsworthy.

The fact that phrases like, “The ballet world is changing!”, are being blasted with pride all over media outlets makes me want to shake my head. If anything, people should be asking, what took them so long? It’s been half a century since the Civil Rights Movement. In the meantime, the European dance world has been running circles around these other companies while they debated the cultural and political implications of appointing a black woman to sit atop the empire. Gimme a break. Copeland’s success can only be attributed to her own fierce dedication and undisputed talent. To give American ballet a pat on the back for some imaginary, colossal progressive shift is a joke. Misty, go ahead and raise your glass, girl, you deserve it. All the other fools need to find a seat and sit down.