Back to Basics: The 5 Positions of the Feet 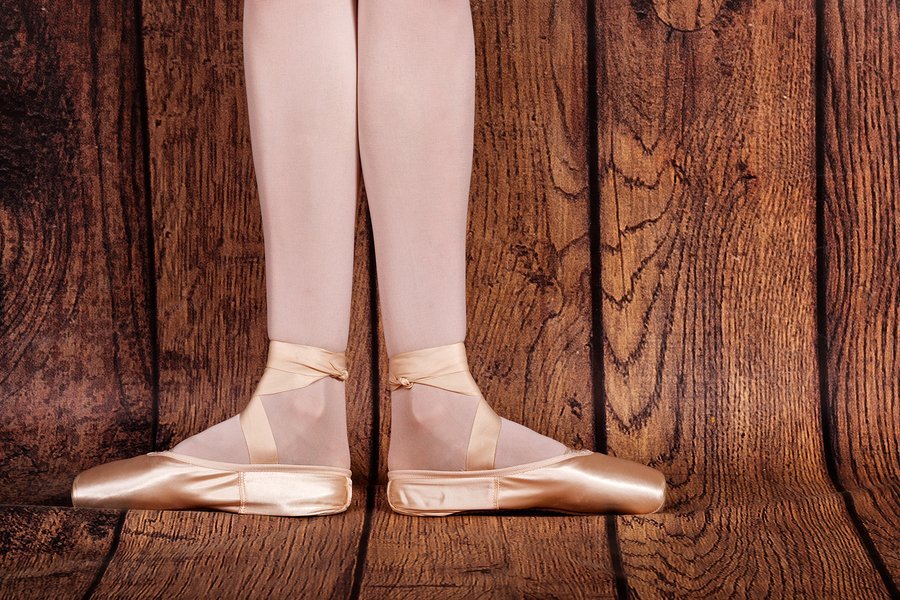 Ah, first position, where it all begins. First position, and all subsequent positions, requires that you turn out from the hips, not the knees or ankles. Rolling your inner thighs forward, press your thighs, knees, and calves together. Your heels should be together and your toes should be pointing outward, not forward. Enthusiastic novices will sometimes attempt to mimic the extreme turnout of professionals by forcing their turnout. Be careful not to strain your ankles or knees as this can lead to injury. Instead, practice first position by letting your feet fall naturally into a letter V. 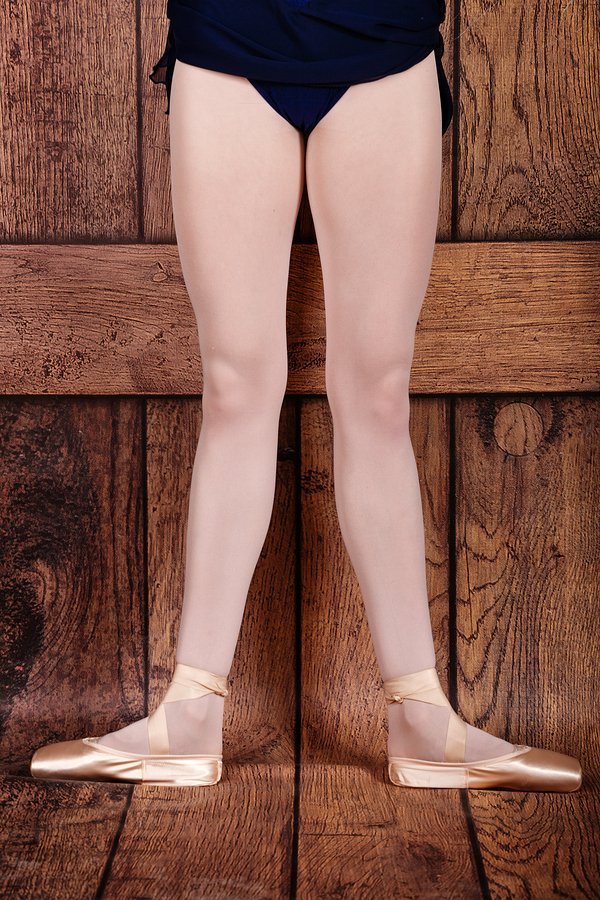 Second position looks like a jumping jack that never jumped back in. It provides a wider base for   pliés and also serves as a transition between steps. From first position, simply stretch your foot to the side, and place your heel down. At this point, there should be at least one to two feet in length in between your feet, but be sure that your legs are not open too wide. An easy way to gauge the appropriate distance between your feet is to make sure your heels are underneath your hips. Also, just like in first position, the inside of your heels should be facing the front. Unlike first position, the heels remain on the floor during plié. 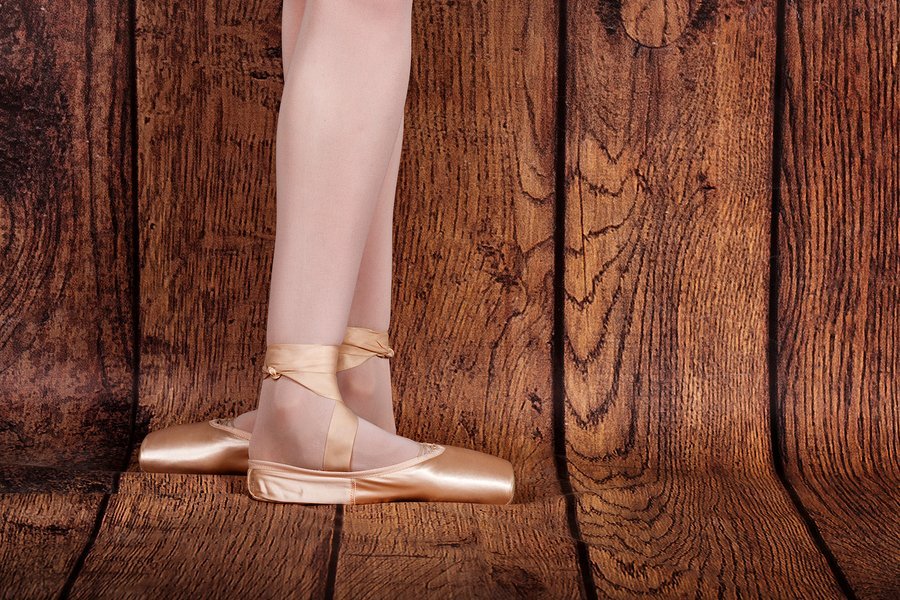 Third position is not typically performed. It is often used to introduce children and adult beginners to the concept of crossing the feet in preparation for fifth position. Male dancers will often begin and end in third position when practicing jumps. From second position, lift the working leg and slide it halfway in front of the supporting leg. The working foot should be placed in front of the arch of the supporting foot now. Side note: In ballet, the working leg is the leg farthest from the barre, performing the action, whereas the supporting leg is the leg closest to the barre. 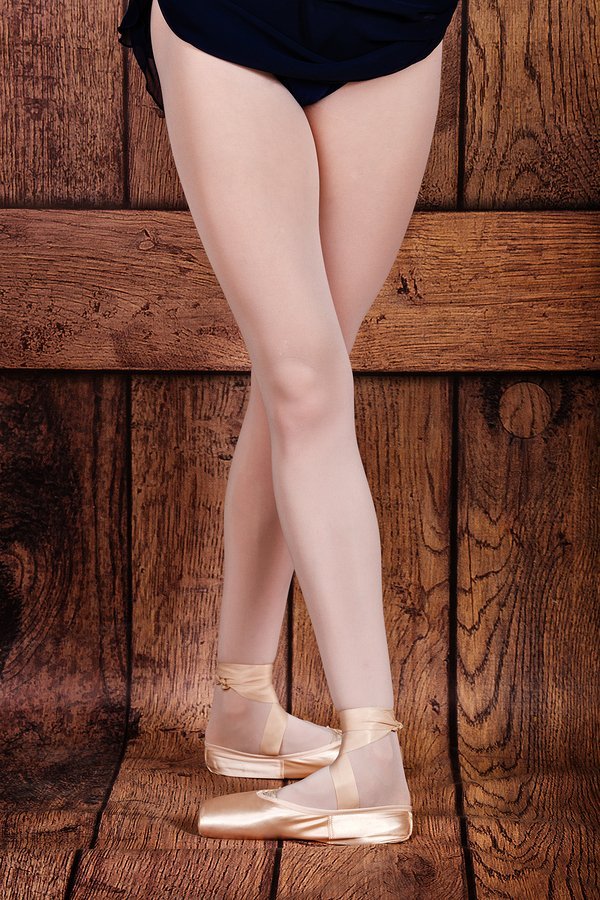 In fourth position, one foot is placed in front of the other about a foot width apart, with opposite toe and heel creating a four-point base. Try practicing this position in a kitchen tile, or pretending you’re standing in a box. When practicing plié, a common mistake is to let your front foot face parallel as you bend your knees. It is vital, however, that your weight is properly distributed throughout the movement with your hips directly over the center of the empty space. When executed correctly, fourth position provides an equitable, invisible base of support, helping prevent undue strain on the knees and serving as a preparation for pirouettes. 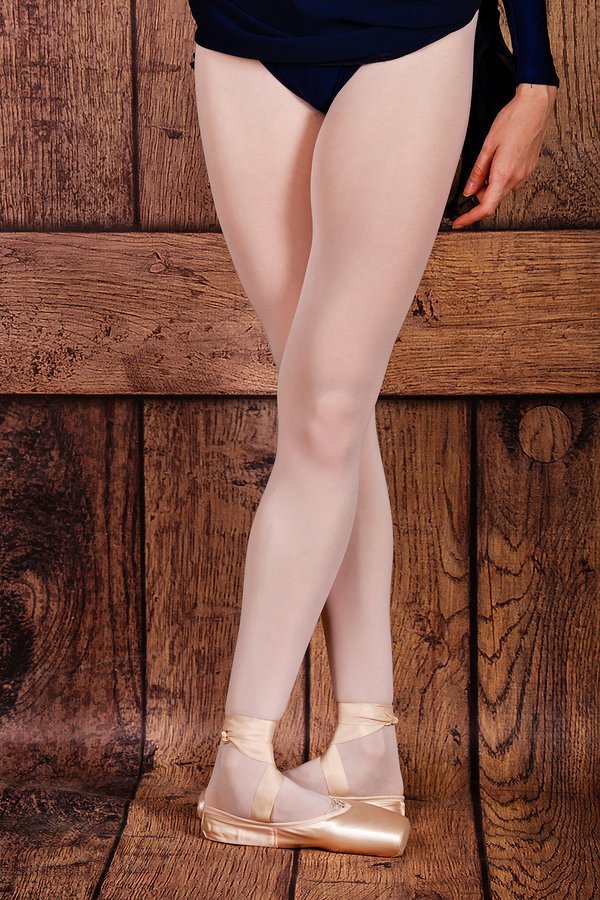 Fifth position is undoubtedly the most difficult position, especially for beginners. From fourth position, slide your front foot directly inward, until opposite toes and heels are touching. Some students may struggle with pronation, or inward rolling of the feet, to achieve this position. Never sacrifice technique for looks. If your feet aren’t quite touching, leave them in a position that feels the most natural until you improve with time. Ideally, there should be no gaps between your feet, and your knees should be straight. Since this position can feel awkward and unstable, tightly squeezing your gluteals and thighs together will help you balance in fifth. Most importantly, turning out from the hips, not the knees, will ensure a proper foundation in this tricky position.