25 Ballet Books, Films, and Media To Binge On This Summer 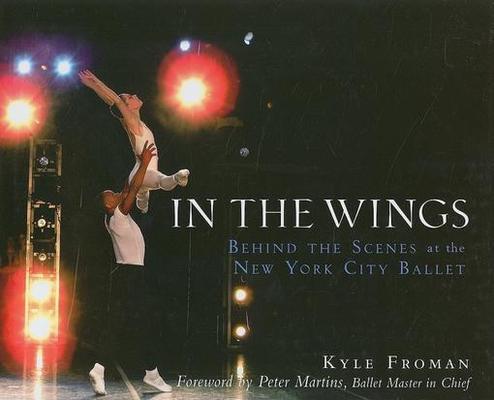 During my teen years, my second home (besides the studio), was the library. I immersed myself in ballet culture: memoirs, how-to’s, encyclopedic histories of dance companies, even Angelina Ballerina, for crying out loud. While this list is by no means a definitive compilation of all literature and media, I wanted to share a handful of my favorites. So, whether you’re lounging poolside, curled up on the couch, or squeezing in excerpts on your lunch break, my hope is that you will find inspiration in any of the following books and films. (It should be no secret by now that I’m biased to New York City Ballet, which inevitably swayed my selection process. You’ve been warned.)

Holding On to the Air by Suzanne Farrell

Why I like it: Farrell was Balanchine’s most significant muse. And yet, she’s basically letting you read her diary; it’s a very personal, intimate recounting of her life. Farrell was the epitome of femininity and grace. If I had to use free associations to describe her, they would be: chiffon, roses, tulle, pastel, angelic, wispy, ethereal – but tough as nails. Though Balanchine was notorious for getting involved with his ballerinas, Farrell broke the mold when she didn’t indulge his advances and her career would become all the more memorable because of it. 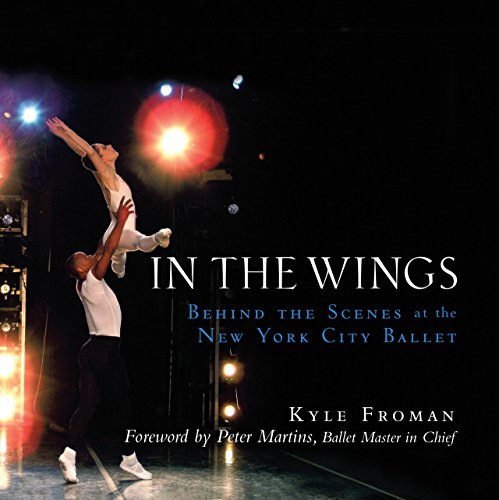 In the Wings by Kyle Froman

Why I like it: Slim coffee table book with lots of great candid photography of classes, rehearsals, and performances. One of those books with the blood-sweat-and-tears aspect, but still a light read.

Why I like it: In case you haven’t noticed, Villella was H-O-T back in the day. (I wouldn’t have had the fortitude to pay attention in class if I had to stand next to him every day at the barre.)

Seriously though, he went against his tough-guy upbringing to become one of the ballet world’s greatest male dancers. He founded the Miami City Ballet in 1985.

All in the Dances: A Brief Life of George Balanchine

Why I Like It: There are a lot of biographies about Balanchine. This one is a concise, engaging introduction to his personality, work, and legacy.

Off Balance: The Real World of Ballet

Why I like it: It’s a vintage tell-all about the brutalities of professional ballet. You don’t find many literary gems like these anymore: a glimpse of the 80s ballet world full of eating disorders, injuries, and disillusioned dancers. I don’t rejoice in the ugly side, rather, I find it interesting how in recent decades advocacy groups and health professionals got hip to the many destructive trends that plagued the art form for so long and had to do major damage control to restore the public’s perception of the ballet world. Sure, these dirty little secrets still exist, but there has no doubt been significant reform in how to care for dancers through physical and mental therapy, leading to less shock factor and greater transparency.

Why I like it: This book was a godsend to those of us that were considered teen or adult beginners before such a niche community was widely recognized. It offers down-to-earth advice for newcomers, and even simple exercises you can practice at home. It was my ballet bible in high school.

Other great books to check out:

Why I like it: Quintessential, easy to watch, crash-course in Balanchine. Great footage of ballets and interviews.

Why I like it: There are so many reasons this is my favorite ballet documentary of all time (I watched it literally every day when I was 19). It is a huge contribution to the ballet community and anyone who is curious about ballet. First, Farrell is personally interviewed throughout the film. It is an entirely first-hand account. Second, there’s plenty of extended footage of her dancing and teaching. Overall, her story is incredible. Even though I’m a self-proclaimed Balanchine fanatic, the man was a piece of work (to put it mildly). He married a string of his ballerinas, and when he pursued Farrell in the later part of his life, she actually had the guts to put him in his place. This was a big deal when you consider the fact that she was young, impressionable, and wanted to please a man more than twice her age that she practically worshiped. Despite his attempts to manipulate, shame, and psychologically abuse her, she held her own and didn’t allow herself to be bullied. Finally, I find it a serious slap in the face on the part of her long-time creative partner, Peter Martins, to minimize, and eventually terminate, her involvement in the company after Balanchine’s death. Farrell was a veritable treasure trove of ideas and insight, a direct protégé of Balanchine, that could’ve benefited NYCB in subsequent years if it weren’t for Martins’ fragile ego. I can only commend her for forging ahead and establishing her own company in D.C. Nevertheless, this film doesn’t feel at all like the stale educational film your professor blows the dust off of and pops in the VCR.

Why I like it: NYCB returns to St. Petersburg to perform at the Mariinsky Theatre, the same place where Balanchine got his start. It’s interesting to see how the dancers handle jet lag, obstacles in the theatre, language barriers, and how they relate to native peers of the Russian school: a very different training style than the one Balanchine created.

Why I like It: Even the greenest of novices can enjoy this DVD. It shows excerpts of all the famous ballets – Swan Lake, Sleeping Beauty, Giselle, to name a few – performed by some of the greatest Russian dancers of the twentieth century. And Princess Diana is in the audience. Even greater.

Why I Like It: The Paris Opera Ballet gives a stunning performance of Balanchine’s famous 3-part ballet consisting of Emeralds, Rubies (my favorite), and Diamonds.

More DVD’s to check out:

Amazon.com
Afternoon of a Faun
$12.99
Amazon.com

City.ballet. by AOL Originals (2013) Easily digestible short videos that offer a rare look into the lives of current NYCB dancers

Again, these are just some of my favorites. Dive into your local library, bookstore, or online to discover more fascinating anecdotes, educational tools, and inspiration. Find something you really enjoyed? Share it in the comments!

Join the conversation on Instagram. I would love to hear from you.

Hi I’m Nikki, The Last Dancer. I started this shop + blog as a creative outlet and to continue my identity as an artist. My whole life has been influenced by dancing and this shop focuses on items that speak to a dancer’s entire lifestyle. If you found yourself here, my hope is that this website offers you inspiration too. The shop contains my own products and the blog is original content.